When John asked me if I wanted to start a food blog with him, I was sold as soon as he mentioned doing a Ghostbusters-themed recipe series for Halloween.  It ended up being a huge undertaking for our first Crustrcumbs food photography shoot, but it was a lot of fun. John wanted to set up a slimed dessert cart as an homage to the scene with Slimer in the Sedgewick Hotel.

We contacted several different properties about shooting on location, but it ended up being too complicated and prohibitively expensive, so we decided to shoot at my photography studio.  We borrowed a cart from our friend Jordan (thanks Jordan!), got a cheap white sheet from Wal-Mart to cover it, and convinced Home Depot to sell us a sample roll of hotel-esque wallpaper.  Overall, it cost us less than $20.   This is what our backdrop looked like:

I taped the wallpaper to the studio wall with gaffer’s tape.  I thought about buying a piece of plywood and gluing the wallpaper down, because it was really annoying trying to keep the pieces lined up while minimizing seams, but it was nothing a shallow depth of field and Photoshop couldn’t fix.

John made most of the food beforehand, and assembled it at the studio.  The fruit sculpture took the longest amount of time.  Food photography tip: use Bernardin Fruit Fresh to keep the fruits from browning!

John brought his torch to toast the Stay Puft marshmallows, which made our photoshoot smell like camping.  After John had everything plated, we realized only about half of the food fit onto the cart.  It took some time to shuffle everything around.

The profiteroles were balanced on a light stand.  By the power of Zuul, they never fell down.

We wanted the lighting to look like crappy hotel hallway lighting to keep it on theme, but still highlight the food.  Believe me, “make my slime-covered food look like it’s in a hallway with crappy lighting, but also make it not look too gross” is more difficult than it sounds.

Most of the time when doing food photography, I use natural lighting or a bounce flash, but for this I set up some strobes. I use Paul C. Buff’s Alien Bees for lighting, which are reliable, easy to use, and relatively cheap.  You can also find cheap accessories and modifiers on eBay or Amazon. I ended up with the following setup:

The main light was a big softbox on the right side.  I decided to light from the side to reduce reflections on the dishes, metal, fruit, and marshmallows, while cursing John for using so many shiny things in our first photoshoot.  I used a gold reflector to bounce light back onto the profiteroles and cheesecake.  This achieved the “crappy hallway” look, but the fruit was too dark, so I added a spotlight on the fruit plate.  I did this by using a 20 degree honeycomb grid in a standard 7″ reflector.

This was taken after we already started cleaning up, but it shows the lighting setup:

When we were finally happy with the lighting on the food, John decided to add more reflections by covering everything in slime.  Fun!

This is the final image we ended up with:

Still life isn’t my area of expertise, but this shoot was a lot of fun.  Tomorrow we have a photoshoot with an actor from Second City, so stay tuned for something sniffly next week.  (Sniffly?  What?) 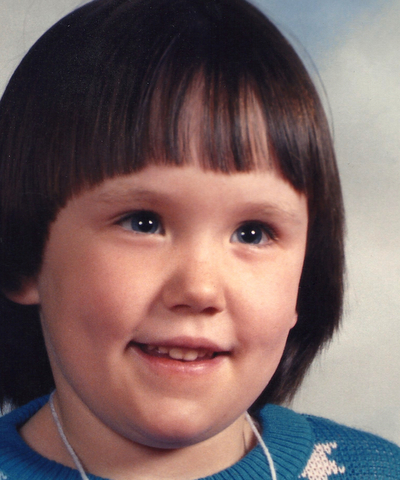